WHAT’S TOO PRECIOUS FOR YOU?

You are here: Home » Sweet Talk » WHAT’S TOO PRECIOUS FOR YOU? 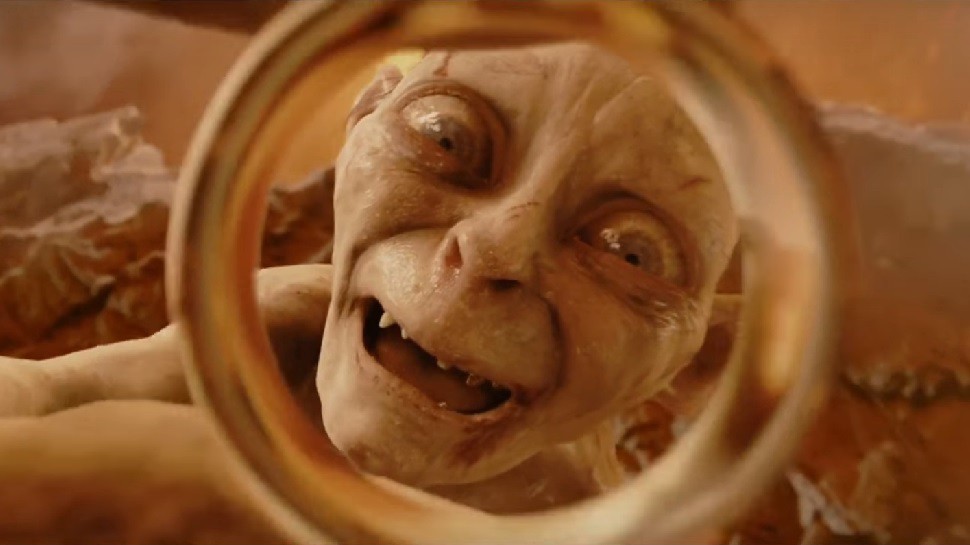 Gollum gives me the heebie-jeebies.  He’s disgustingly distorted, slimy, devious, whiny, and schizophrenic. And an image of you and me in our most self-absorbed moments.

Gollum is a creepy little character from J.R.R. Tolkien’s Hobbit and Lord of the Rings, who came upon a  magic gold ring, fell under its spell, and changed from a once kind, gentle Hobbit to a murderer. After strangling his companion to get the ring for his own, Gollum then used the powerful ring–which could make one invisible–for thieving, spying, and antagonizing his friends and relatives.

The village folk eventually nicknamed him “Gollum” from the guttural noises that started emitting from his throat. Changed into a horrible person by his lust for the ring (which he named “Precious”) he was finally banished and retreated to a deep cave in the Misty Mountains where the ring’s malignant influence twisted his body and mind so that he appeared as a sickly, pale creature with six teeth sharpened into points. He looked to some as a “spider or a starved dog” that cringed and hissed and whined. Nice.

It kills me to admit this but Gollum is in each of us. Gollum had come to “love and despise the Ring, just as he loved and hated himself.” He was torn between his lust for the ring and his desire to be free of it and thus he became a split personality…a living battleground of good and evil.

Gollum gives me the heebie-jeebies. He’s disgustingly distorted, slimy, devious, whiny, and schizophrenic. And an image of you and me in our most self-absorbed moments. Click To Tweet

You and I struggle with finding something—or someone—who we think will make us eternally happy, give us all the pleasure, power, prestige, success, or security that we need and want, and when possession of that thing or relationship is threatened, we turn into whining, devious nasty little creatures. We manipulate, lie, cheat, steal, and even “murder” someone’s joy, reputation . . . or even their person . . . to get what we want.  Gossip, infidelity, divorce, abortion; they all share the same root.

That’s why I have a sad history behind me of failed marriages that had become my “precious” idols. I thought they would make me happy and that if I was virtuous enough God would bless me and my efforts. But I had it all backwards: God wanted me to want him first, more than anything. Putting him first in my life, indeed, would have been the proper and natural response if only I had not been blind and obsessed with my own “precious” way, and had truly known how deep was his desire to lavish all his love on me.

Because I finally came to him for freedom, and let him fill me with his love, I can’t sit quietly and let others morph into slimy, schizophrenic creatures that lust after self-directed relationships. In my book about Happiness, I explain the four classic levels of desire, how we get caught in their grip for ultimate good or abject misery . . . and how to break free!

If so, this relationship may have become too “precious” to you in that you may have lost sight of the bigger picture. It may have become a “god” to you and you a slimy slave to it. Selfishness and the fear that keeps us hanging on too tightly to others will change the way we behave—and eventually even the way we look. Know what happened to Gollum in the end? I don’t want to spoil the story, but his fate included a deep, fiery pit of white- hot flame. It should serve as a reminder that when our priorities are out of order we create our own hell right here on earth.

Ask God to reveal what is in your heart and to help you bring it into right order. This is difficult when we don’t really trust God, so also ask him to bring you a deeper sense of how much he loves and desires you. How he can be trusted.

And then . . . with a desire for God that burns brightly in your breast . . . you’ll be able to “Put Your RELIGION into YOUR Relationships”.